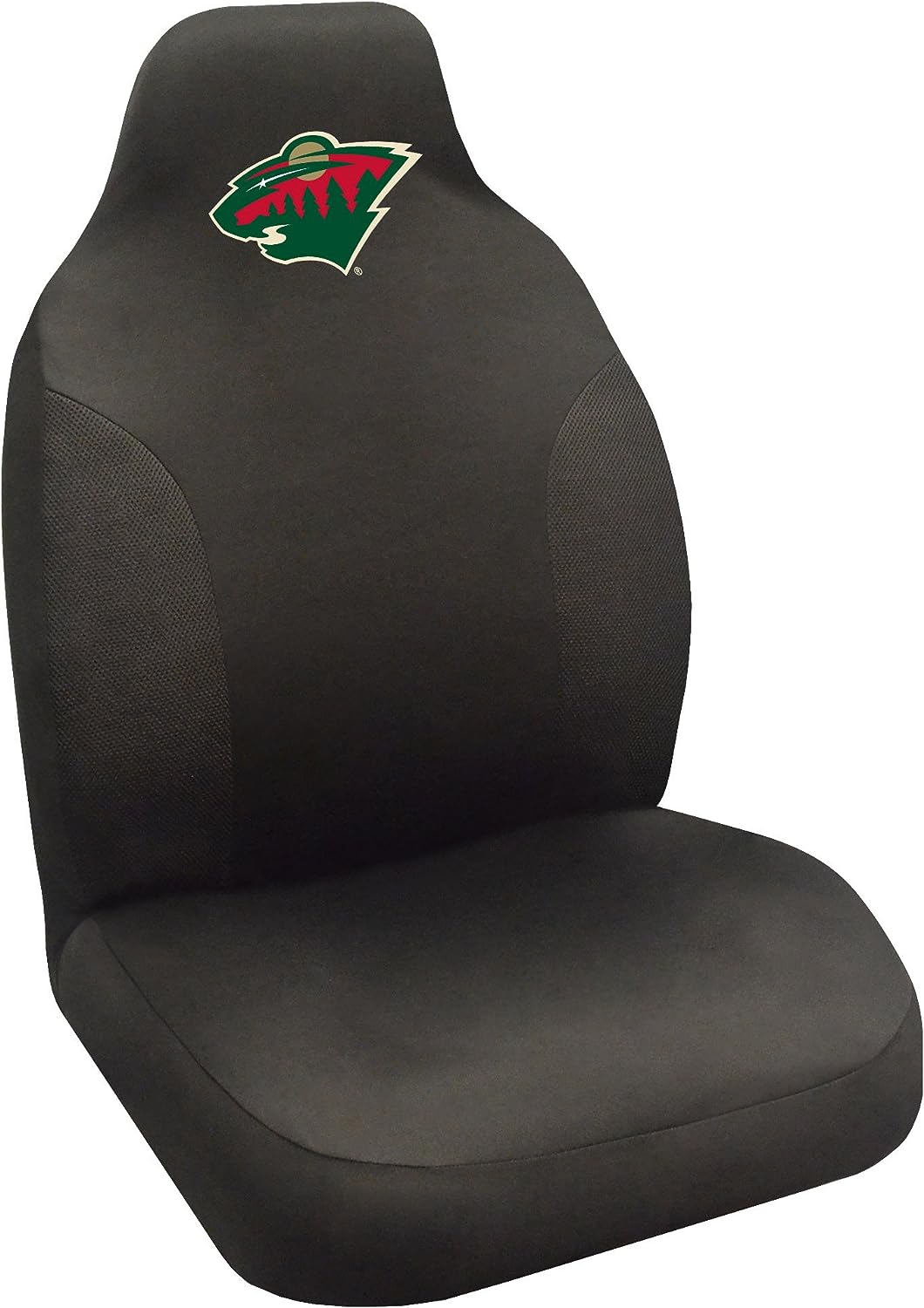 Protect your seats and make a statement with embroidered seat covers by sports licensing solutions. Mesh side panels for style and breathability. Cool in the summer and warm in the winter. Easy to install and have a Universal fit.